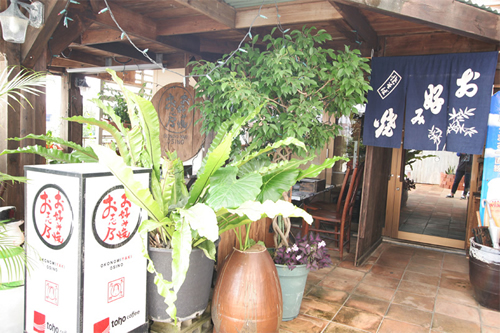 Okonomi-yaki has exceptional taste if you have it in a retro space!

We are a specialty restaurant for okonomi-yaki, monja-yaki, and teppan-yaki. Our original okonomi-yaki has exceptional taste.
“Depot-yaki (American style)” and “chili-flavor Mexican-yaki” are very popular. We offer a variety of teppan-yaki, and teppan-yaki using agu, which is a local species of pig, has a good reputation as being “delicious.”
The restaurant is a retro space reminiscent of the early Showa period as a whole, using Taisho-era cabinets as cupboards.
The outside of the restaurant has a US west coast appearance, while the interior has a Japanese Showa-era retro atmosphere.
こPlease enjoy your meal and conversation in this mismatched space